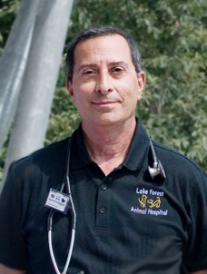 He received his DVM (Doctor of Veterinary Medicine) Degree from the Ohio State University in 1988. He received high honors during veterinary school, including being admitted to the Phi Zeta Honor Society and winning the coveted Anatomy Award. Dr. Liberto is passionate about his profession and continues to be an active part of his industry. 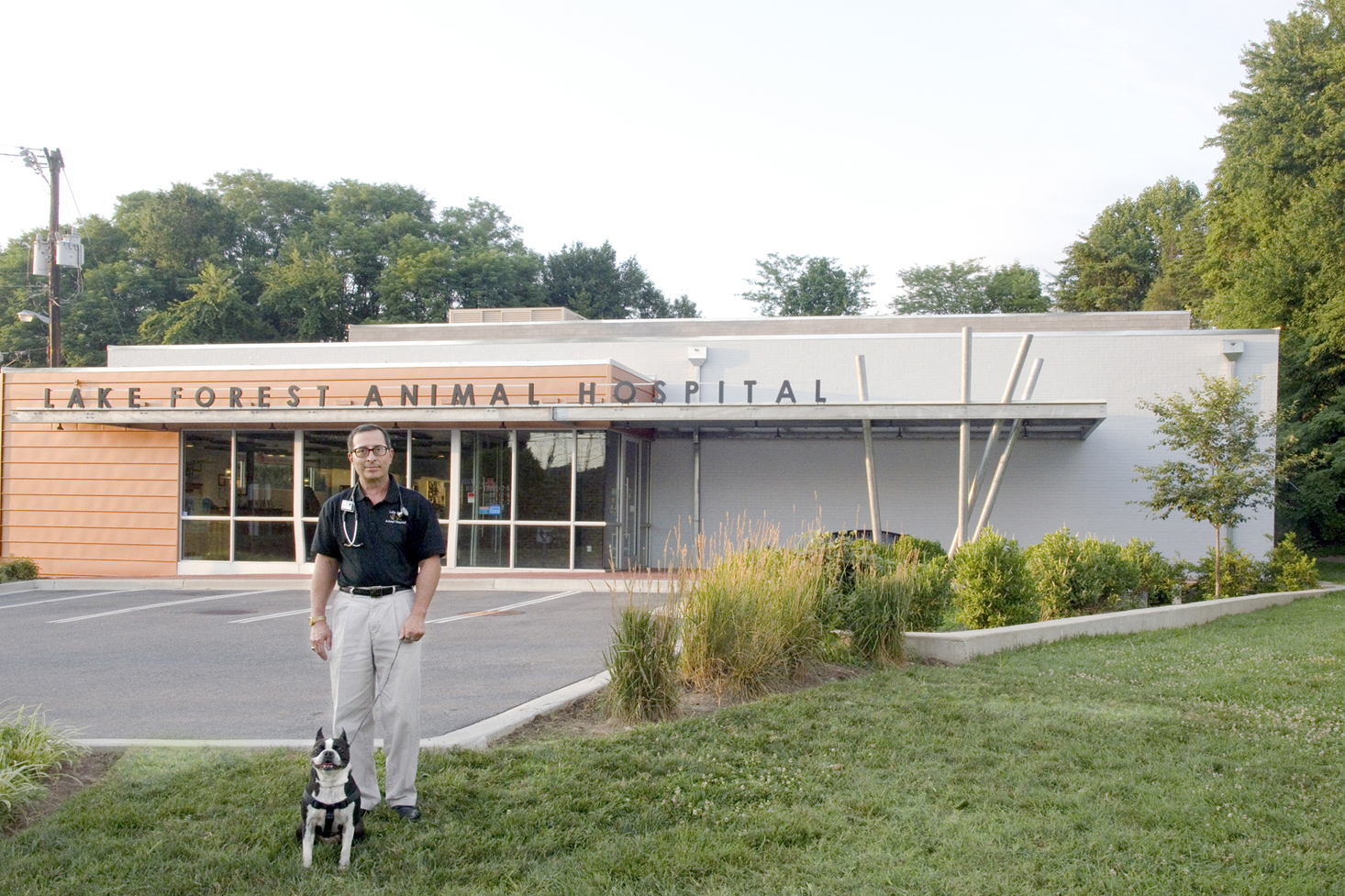 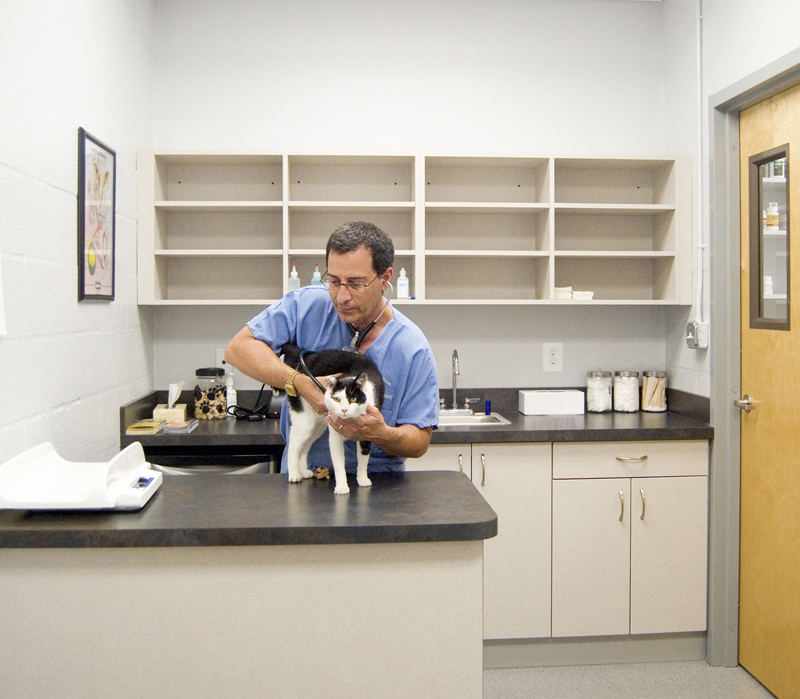 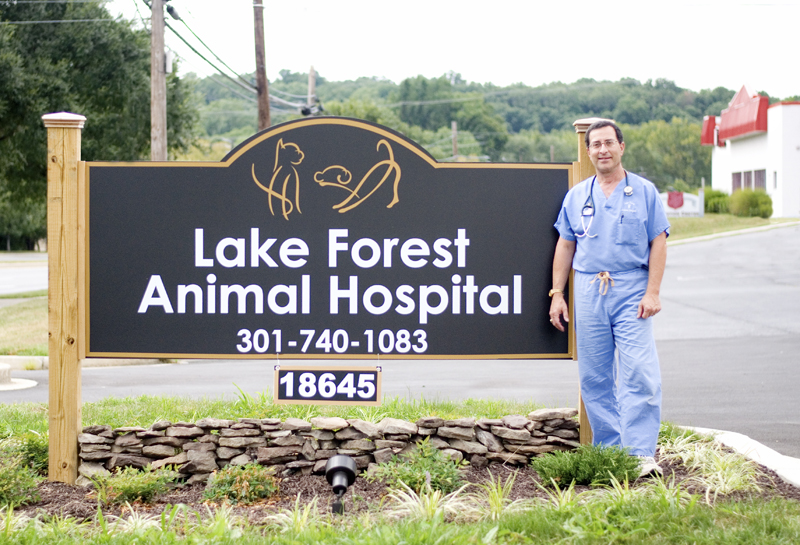 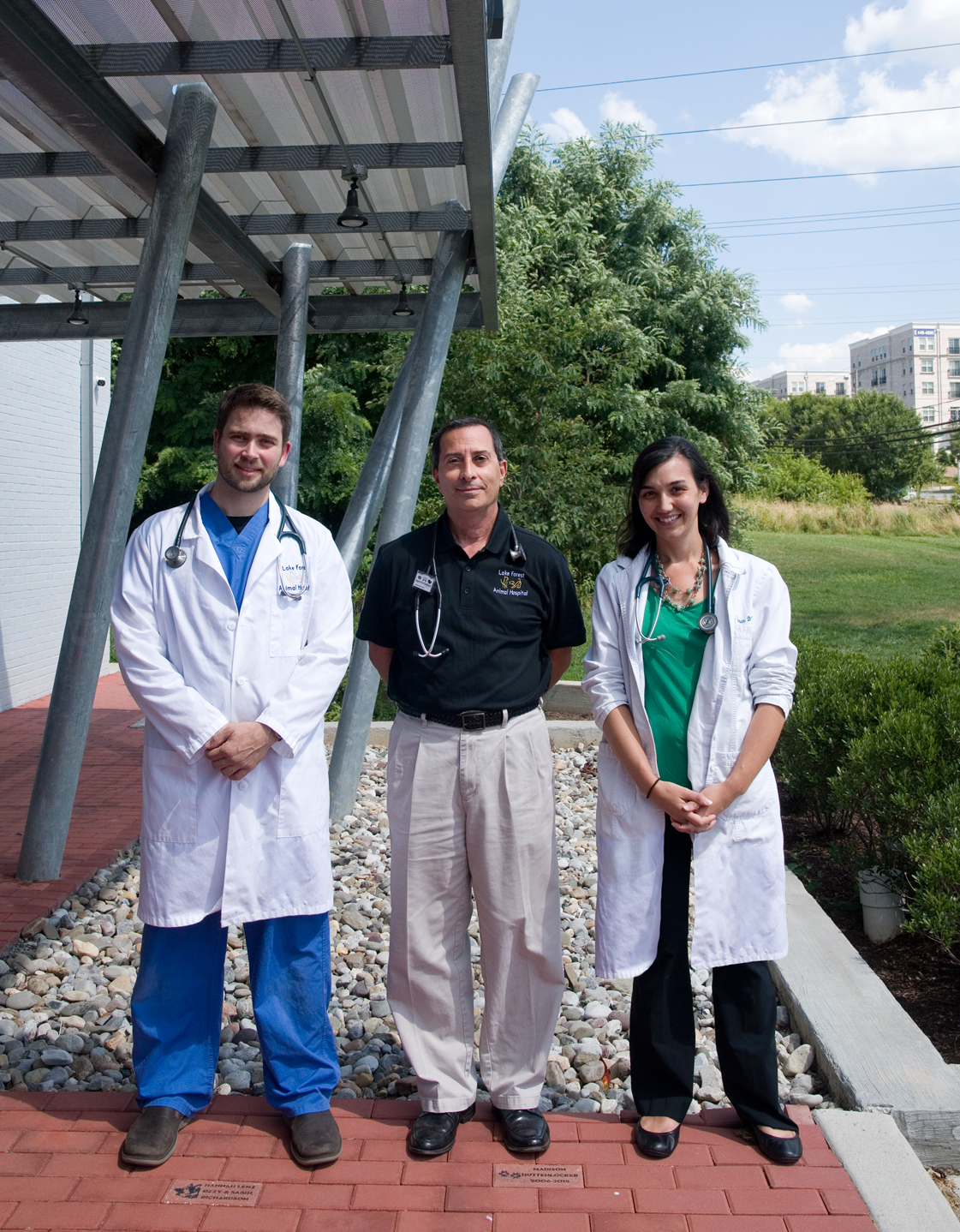 Dr. Liberto served in a public relations role for five years for the Montgomery County Veterinary Medical Association (MVMA) and, due to the tremendous achievements, was chosen to serve as “President” for an additional five years. He also served as the President for the Frederick County Sheep Breeders Association.

His interests outside of veterinary medicine include sheep farming, the guitar, target shooting, carpentry, competitive weight lifting and restoring his classic 1974 Triumph TR6. He is happily married to his lovely wife, Angie, and has a large family: two sons, Nicholas and Christopher, two daughters, Danielle and Kellie, a Bernese Mountain dog (Sadie), two cats (Boots, Oreo), a Senegal Parrot (Frida) and twenty sheep. 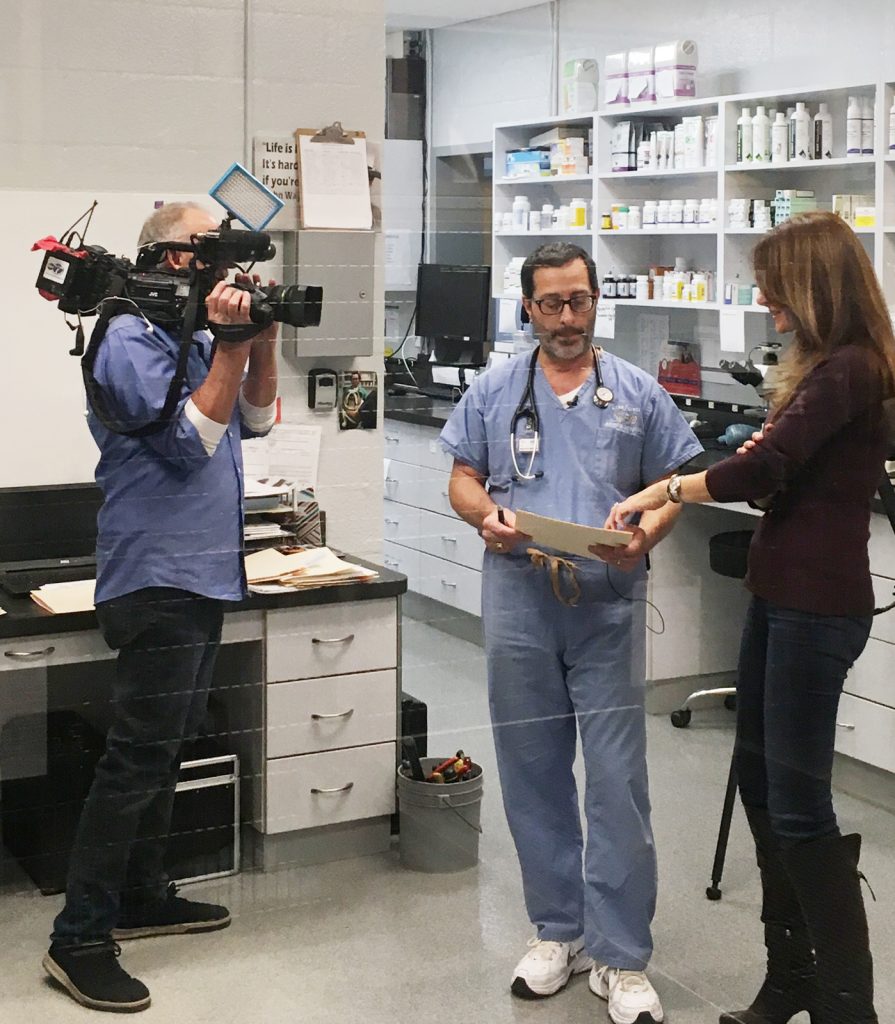 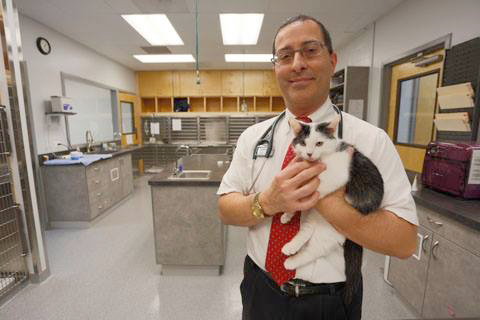 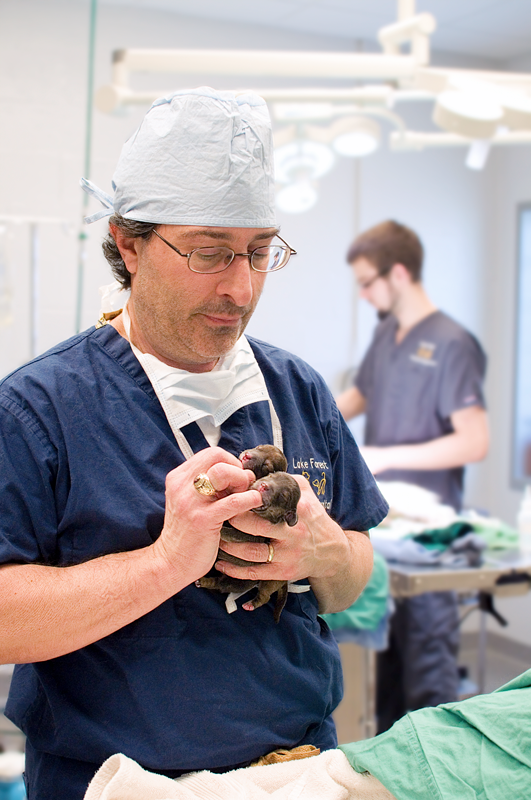 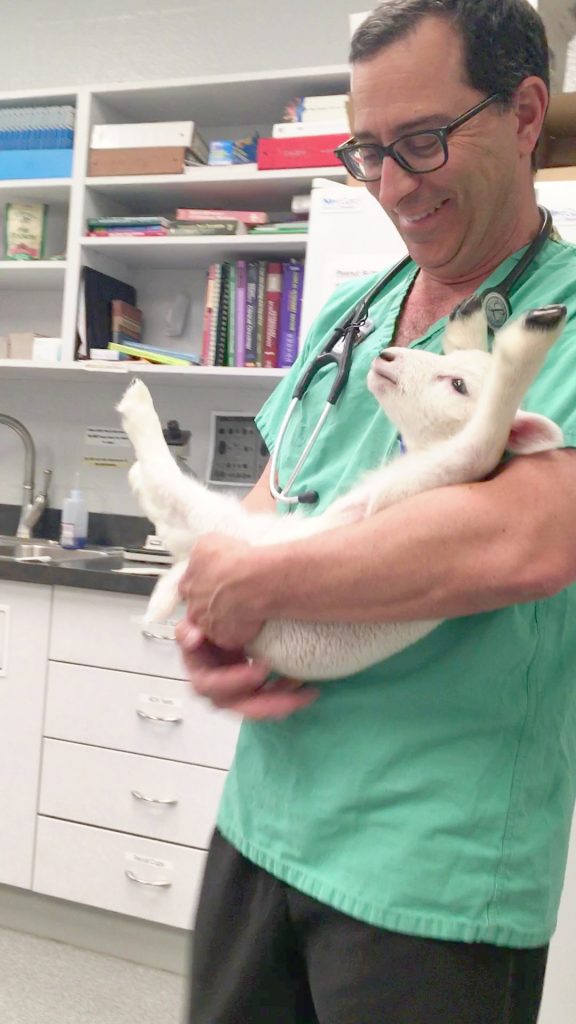 Baby lambs are too cute! 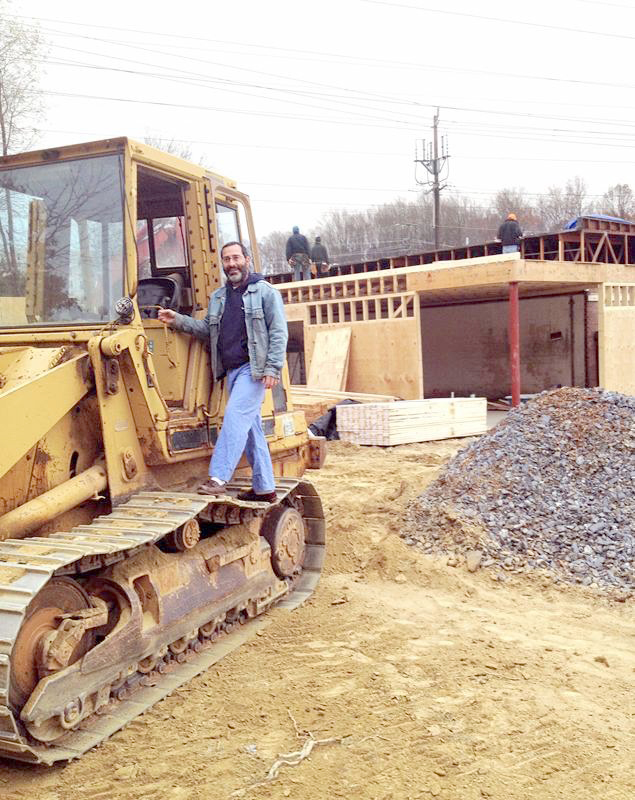 Dr. Liberto visits the site of the hospital’s renovation in winter 2014-2015

Sunday evenings we are ONLY open for 30 minutes from 6 PM to 6:30 PM, and for boarder pickup ONLY.  Unfortunately, NO pet drop-offs and NO medication refills are possible on Sundays.